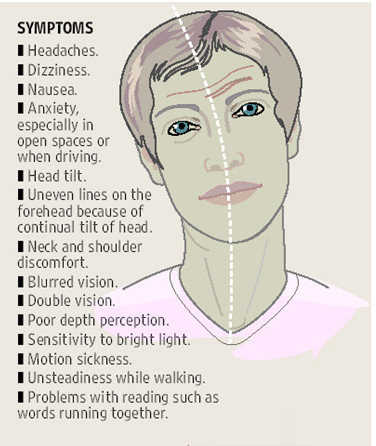 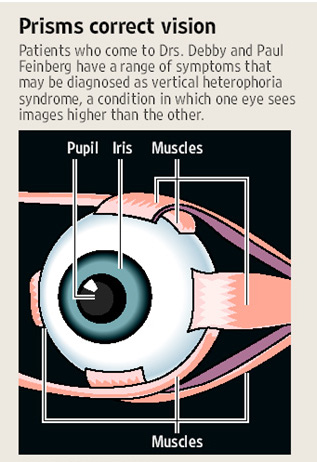 Severe neck and shoulder discomfort due to an accompanying head tilt (frequently obvious). Neck pain described as a neck headache or neck migraine.
These symptoms are similar to those seen in patients with sinus problems, migraines, TMJ problems, spinal misalignment issues.

Reading Difficulties Associated with Misalignment of the Eyes

These symptoms are similar to those seen in patients with ADHD or a learning disability. 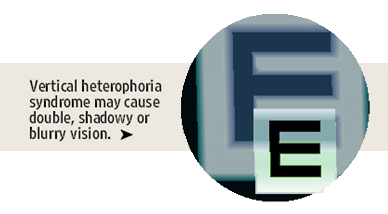